Psychological Safety is the Unsung Hero of Great Leadership 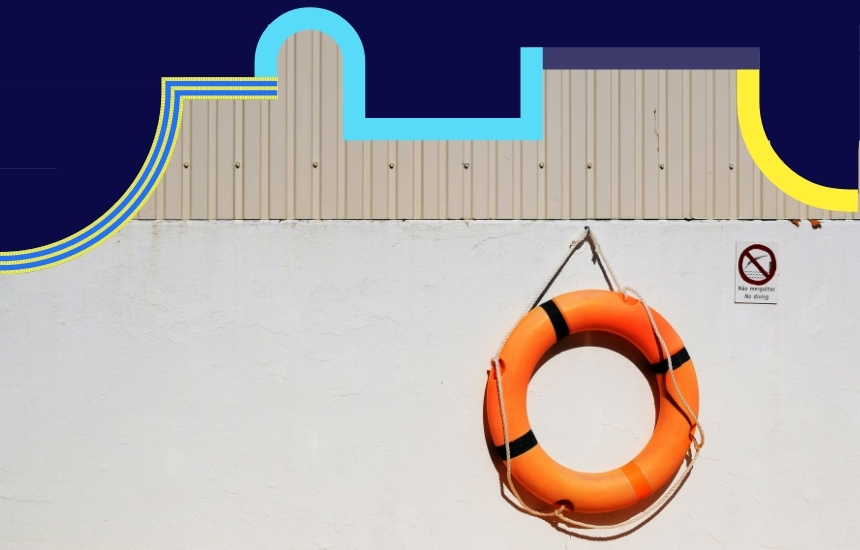 I’ve led, been part of and studied how teams learn, experiment, adapt, thrive and grow through change for the past decade. I’ve come to appreciate the unsung hero that we seldom talk about. It's the one crucial variable that separates the best performing teams from the worst ones.

That unsung hero is psychological safety.

The knowledge that: if I ask questions, if I try new things, if I take risks, if I challenge the status quo, if I think laterally, then I will not get into trouble, be ridiculed, or be seen as ignorant or intrusive.

A 2018 study by City & Guilds Group across 1000 companies found that more than half had psychologically unsafe teams.

This is concerning because it shows us the massive gap between leaders' perception of psychological safety in their teams compared with what the team members themselves felt.

This lack of psychological safety creates a culture of risk avoidance. Fear takes over in our human brains and we play it safe. We avoid experimenting and instead remain within our comfort zone.

People who feel psychologically unsafe at work think things such as;

Google Figured Out the Secret Sauce Behind Their Highest Performing Teams

Let’s look at what Google discovered with their in-depth and widely reported workplace study of what makes a team effective — Project Aristotle. They scrutinised the makeup and characteristics of teams across the company.

They asked themselves questions such as;

Published in 2017, the results of the two-year study found that the highest performing teams were those that worked without fear of consequences from speaking up or making a mistake.

The Google researchers found that the most innovative teams that ultimately drove the company forward were the most psychologically safe. Those that had the freedom to experiment without consequence, felt safe to take risks and be vulnerable in front of each other.

These psychologically safe teams had;

In short, these were the teams that everyone wanted to be part of and delivered great results for the company.

How Can You Be a Psychologically Safe Leader?

The sweet spot for a high performing team is to have both high psychological safety with high accountability.

Here are the key character traits you will need to develop as a leader in order to build a psychologically safe team. How many of these do you practice on a daily basis?
‍

Do you have a mindset of learning - a growth mindset? A mindset of continuous life-long learning and curiosity to build a culture of experimentation and risk taking.

I know that here at the Growth Tribe, we are successful because we empower everyone to feel safe to take risks through their own curiosity and experimentation.

Ask yourself how you encourage curiosity and a growth mindset in your team.
‍

How good are you at listening? I mean really listening to what your team has to say. Active listening is a key leadership skill.

Building a reputation for being a good listener who can be relied upon not to gossip and who sets clear rules of confidentiality is invaluable for building psychological safety.

Avoid the temptation to rush in to fix problems. Allow your people to think through their own challenges and come up with their own solutions. This will build their confidence and trust in you and in themselves.

I smile when I think of how many times a co-worker has thanked me for helping them solve a difficult problem when all I have done is listen.
‍

You, me, all of us, are forever a work in progress. When did you last encourage openness by showing vulnerability and transparency as a leader?
‍

The most trusted leaders are those that admit when they have made a mistake. And I’ve made many in my career! By leading with this openness and authenticity, you will encourage your team to feel secure enough to flag any difficulties early, be more willing to experiment and be less likely to blame others when things go wrong.

Because things will go wrong.  But you will benefit from a psychologically safe team who are willing to admit their mistakes and learn from them.
‍

All of this is academic without monitoring and measurement. How often do you assess the level of psychological safety within your team?
‍

Include questions in anonymous staff surveys such as:

‘How confident are you that you won’t be punished in your end of year review if you raise a concern?’

As with anything in life, you can’t manage what you don’t measure. Data is king.
‍

Regularly examining the level of psychological safety across your teams will inform you if your practices are working. And be prepared for radical change as a result.

And Finally....I have given you a flavour of what we cover (with even more actionable steps!) in our Rethink Business Leadership Course.

I look forward to welcoming you onto the next step of your life-long learning and growth as a leader!

Home Office Design: Are Your Team Set Up for Success?

When it comes to employee wellness and productivity, office design matters. We know - through decades of research - that an employee’s working setup has an enormous impact on their happiness and stress levels at work.  Workspace design is relatively

4 skills a UX Designer needs and 4 more you probably already have...

As one of the fastest growing and in-demand professions, it’s no wonder so many people are looking to switch to a career in UX. So, what does it take? Well, the good news is that a career in UX is not only highly sought after and hugely desirable,

Leading with a Growth Mindset: breaking through the myths so you can lead like the best

Leading with a Growth Mindset: breaking through the myths so you can lead like the best